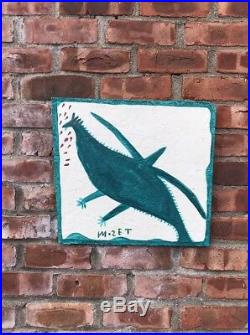 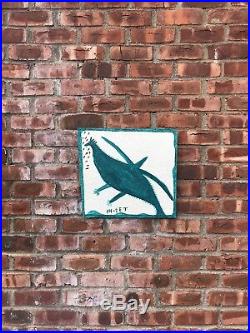 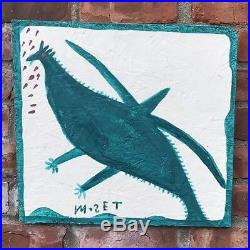 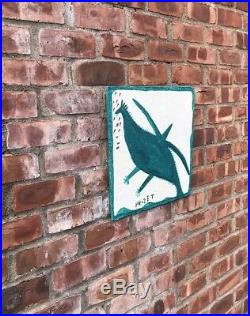 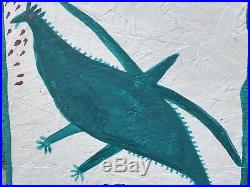 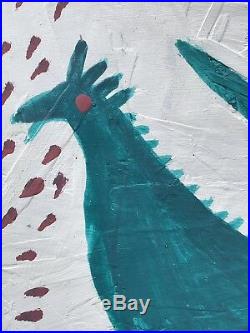 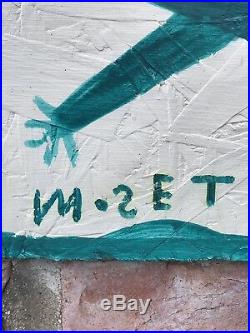 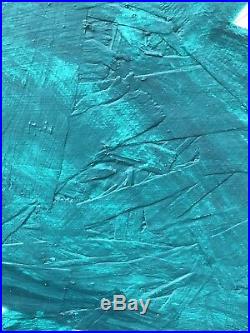 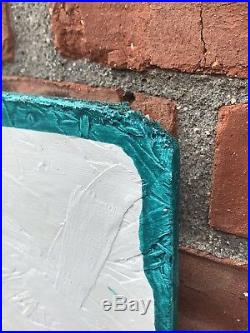 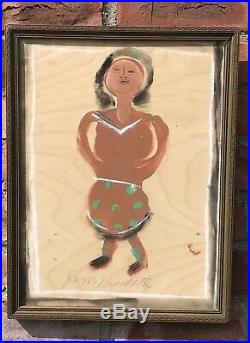 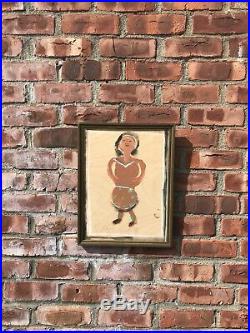 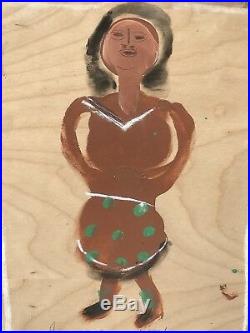 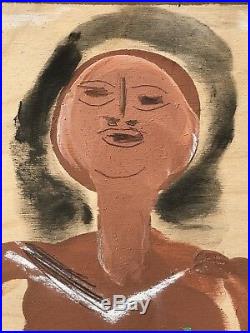 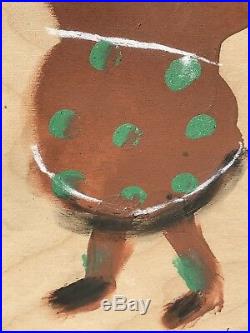 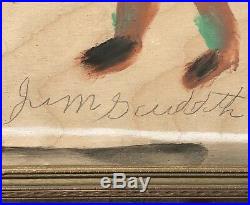 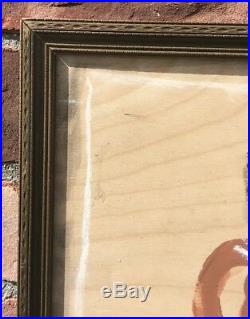 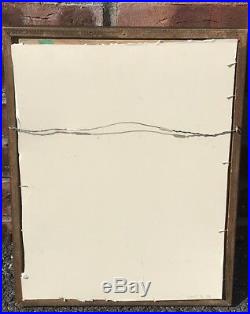 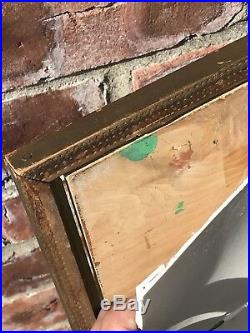 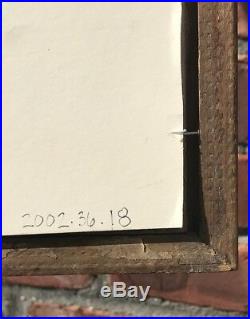 Provenance:: Columbus Museum, Columbus Georgia. This painting features a woman standing or posing in a brown dress with green polka dots. She looks straight at the viewer with a look of pride and confidence on her face. A wonderful original work by one of the preeminent Outsider artists ever born in America. Signed by the artist in pencil on bottom. Framed in a simple vintage antiqued gold picture frame. Framed – 17 x 13 1/4. 16 x 12 (approximately). Jimmie Sudduth (1910 – 2007). One of Sudduth’s earliest memories is of painting a picture at the age of three. The son of an Indian “medicine lady, ” he recalls painting with a mud and honey mixture on the surface of a freshly cut tree stump while he and his mother were in the woods looking for medicine plants. His mother saw this as a good “sign” and encouraged him thereafter to paint. Finger-painting with mud-earth ochres and “sweet water” became a continual part of his life. He also experimented with adding color to his work by using wild berries, grasses and paint rocks. He married an Indian girl at an early age and they had one daughter. After his first wife’s death, Sudduth married Ethel Palmore, his wife of more than thirty years, until her death in 1992. Together they adopted a young boy, Rance Maddov, who was an artist and later drowned. Sudduth spent most of his life working on rural farms and grinding corn meal in the Fayette County area. Around 1950 Sudduth moved to the town of Fayette and was an active handyman and gardener for many of the townspeople. He was always eager to make someone a painting and to share a tune on his harmonica so he quickly became a local celebrity. In 1972, the first public exhibition of his work was organized by Jack Black, Sudduth’s life-long friend at the Fayette Art Museum. Sudduth was selected as one of two artists to represent Alabama and traveled to the Smithsonian Institution for the Bicentennial Festival of American Folk life in 1976. The Birmingham Museum of Art exhibited his paintings in 1978 and two years later, he was featured on national television on the Today Show. I’ve been all the way to New York City and my pictures are all over this world! Sudduth lives in a small house near the railroad track with his new dog, Toto. The old “Toto” died in 1995. He greets a steady stream of visitors who find their way there from throughout the world to watch Sudduth paint and to hear him wail out the blues on his harmonica. Jimmie Lee Sudduth died on September 2, 2007 in his hometown of Fayette, Alabama. The item “Alabama Black Folk Art Painting By Outsider Artist Jimmie Lee Sudduth. Signed” is in sale since Thursday, September 27, 2018. This item is in the category “Art\Paintings”. The seller is “upstatetreasures14″ and is located in Kingston, New York. This item can be shipped to United States, Canada, United Kingdom, Denmark, Romania, Slovakia, Bulgaria, Czech republic, Finland, Hungary, Latvia, Lithuania, Malta, Estonia, Australia, Greece, Portugal, Cyprus, Slovenia, Japan, China, Sweden, South Korea, Indonesia, Taiwan, South africa, Thailand, Belgium, France, Hong Kong, Ireland, Netherlands, Poland, Spain, Italy, Germany, Austria, Bahamas, Israel, Mexico, New Zealand, Singapore, Switzerland, Norway, Saudi arabia, United arab emirates, Qatar, Kuwait, Bahrain, Croatia, Malaysia, Brazil, Chile, Colombia, Costa rica, Panama, Trinidad and tobago, Guatemala, Honduras, Jamaica, Barbados, Bangladesh, Bermuda, Brunei darussalam, Bolivia, Ecuador, Egypt, French guiana, Guernsey, Gibraltar, Guadeloupe, Iceland, Jersey, Jordan, Cambodia, Cayman islands, Liechtenstein, Sri lanka, Luxembourg, Monaco, Macao, Martinique, Maldives, Nicaragua, Oman, Peru, Pakistan, Paraguay, Reunion, Viet nam, Uruguay.